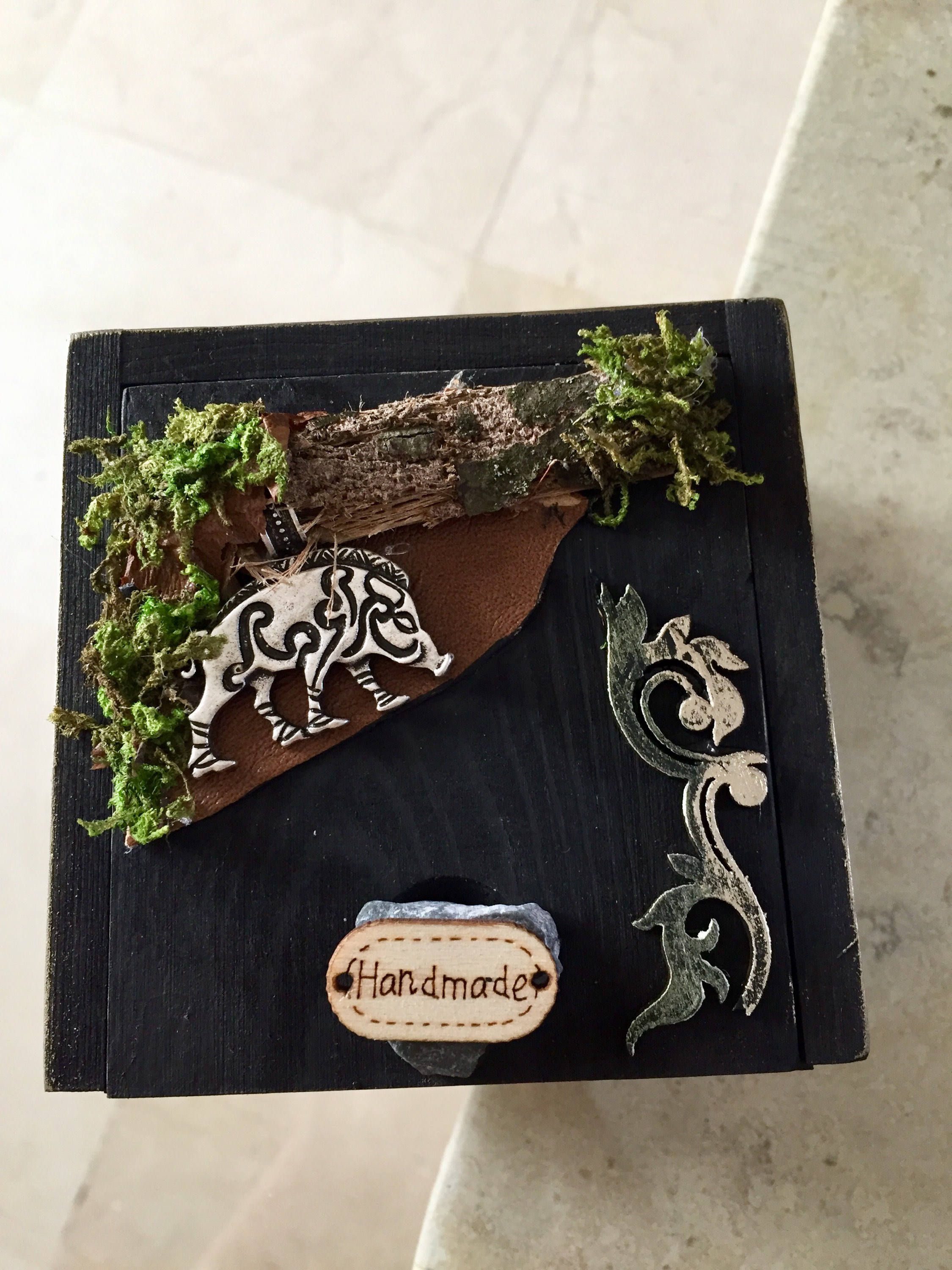 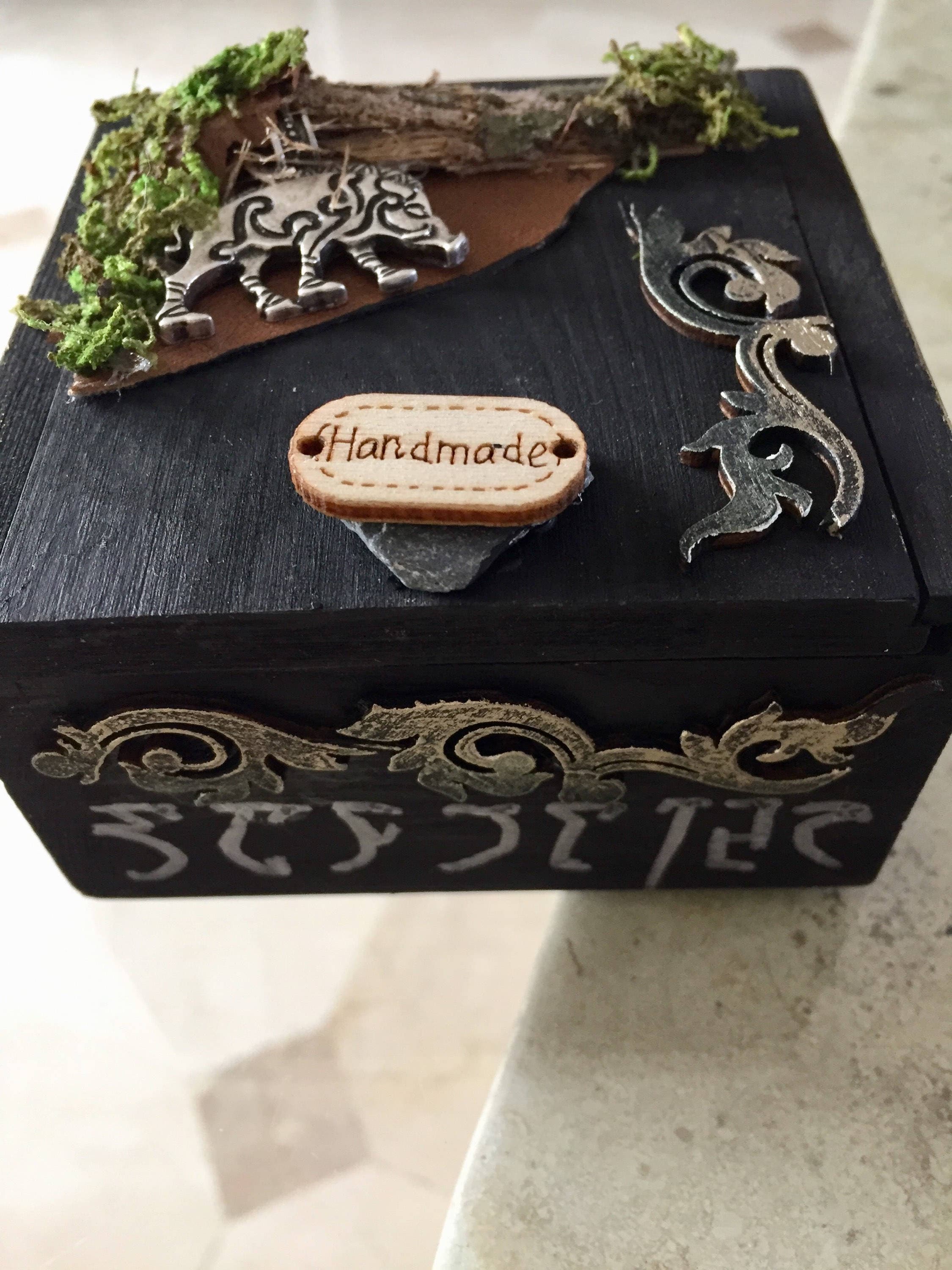 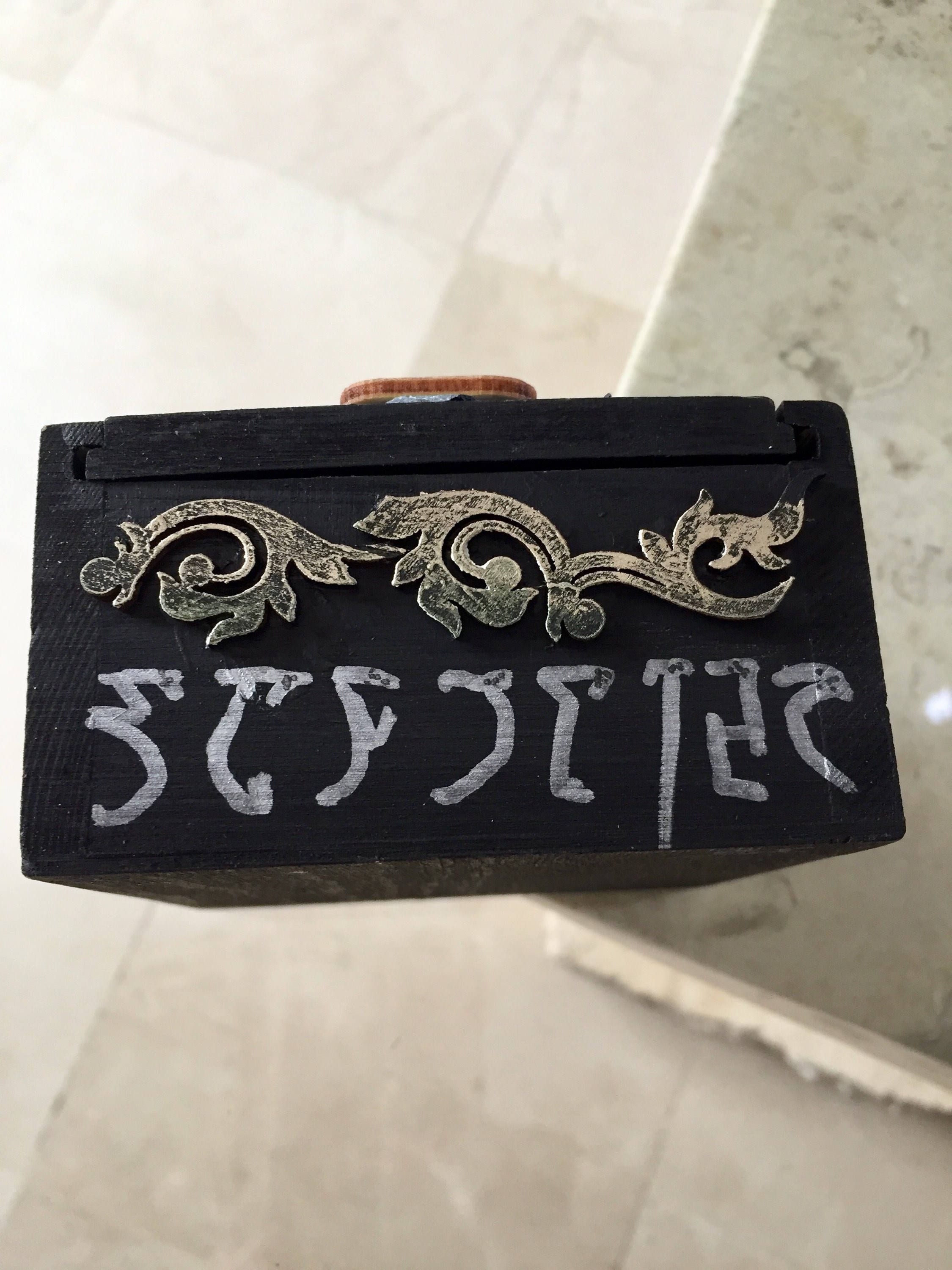 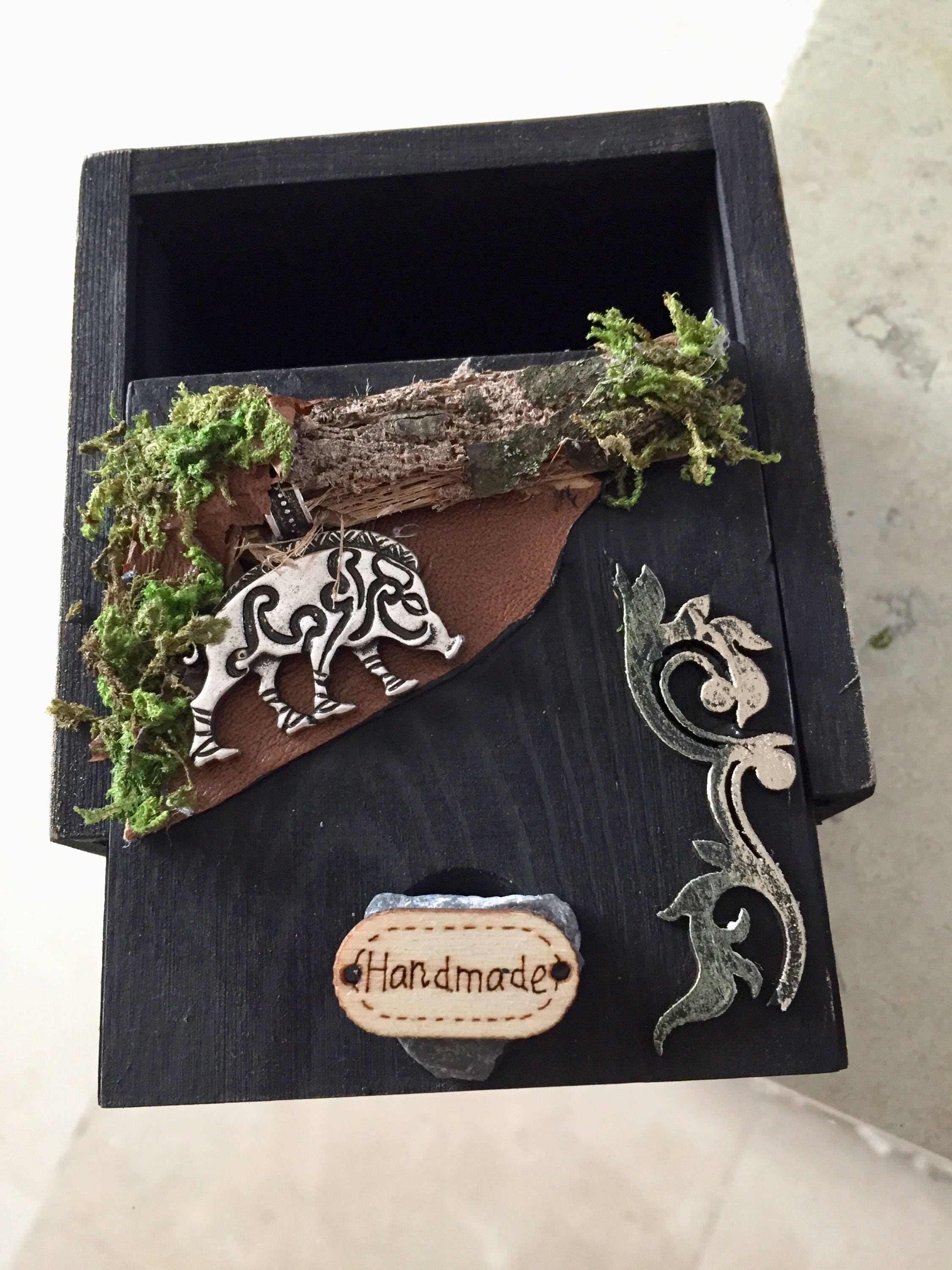 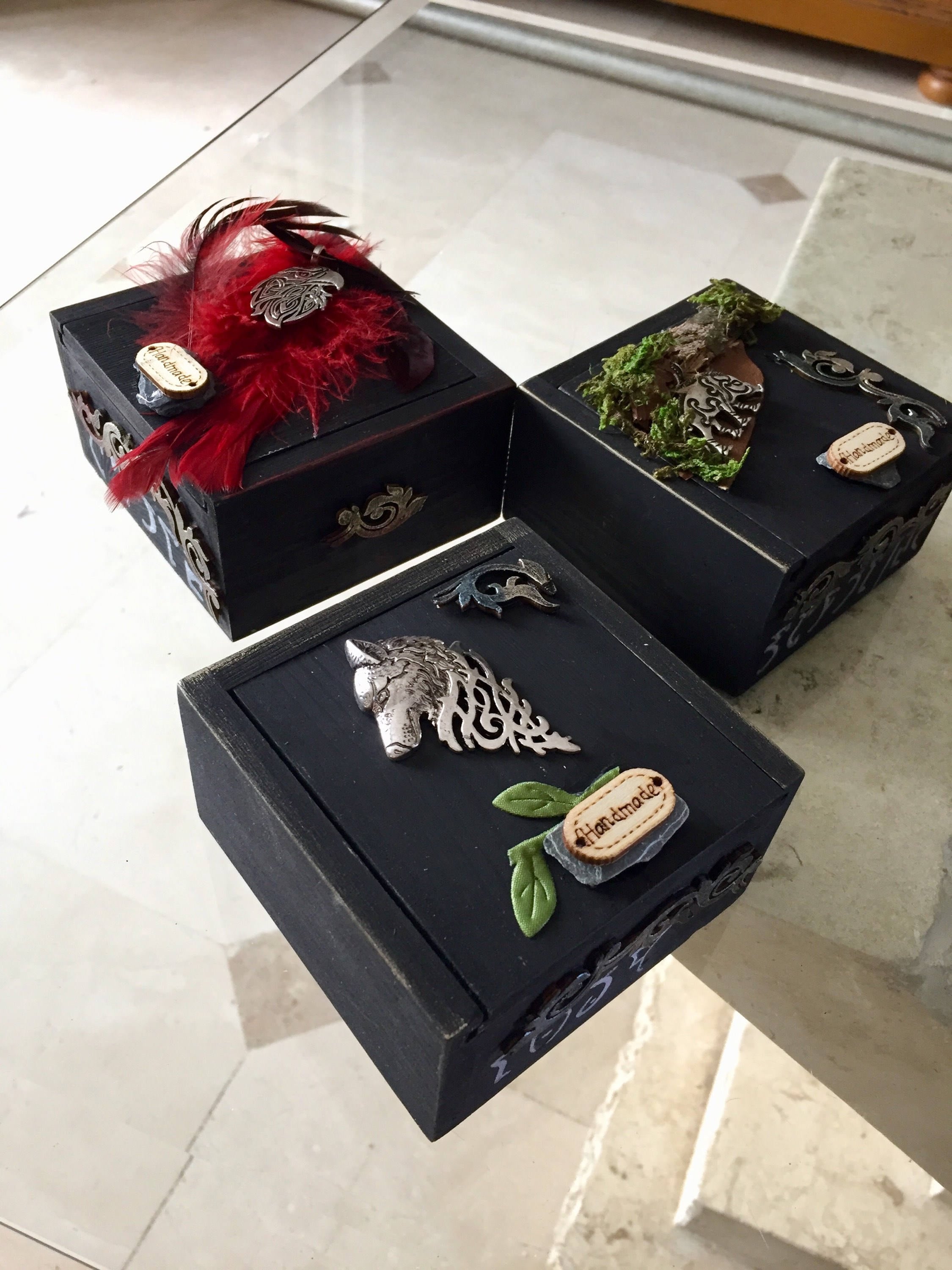 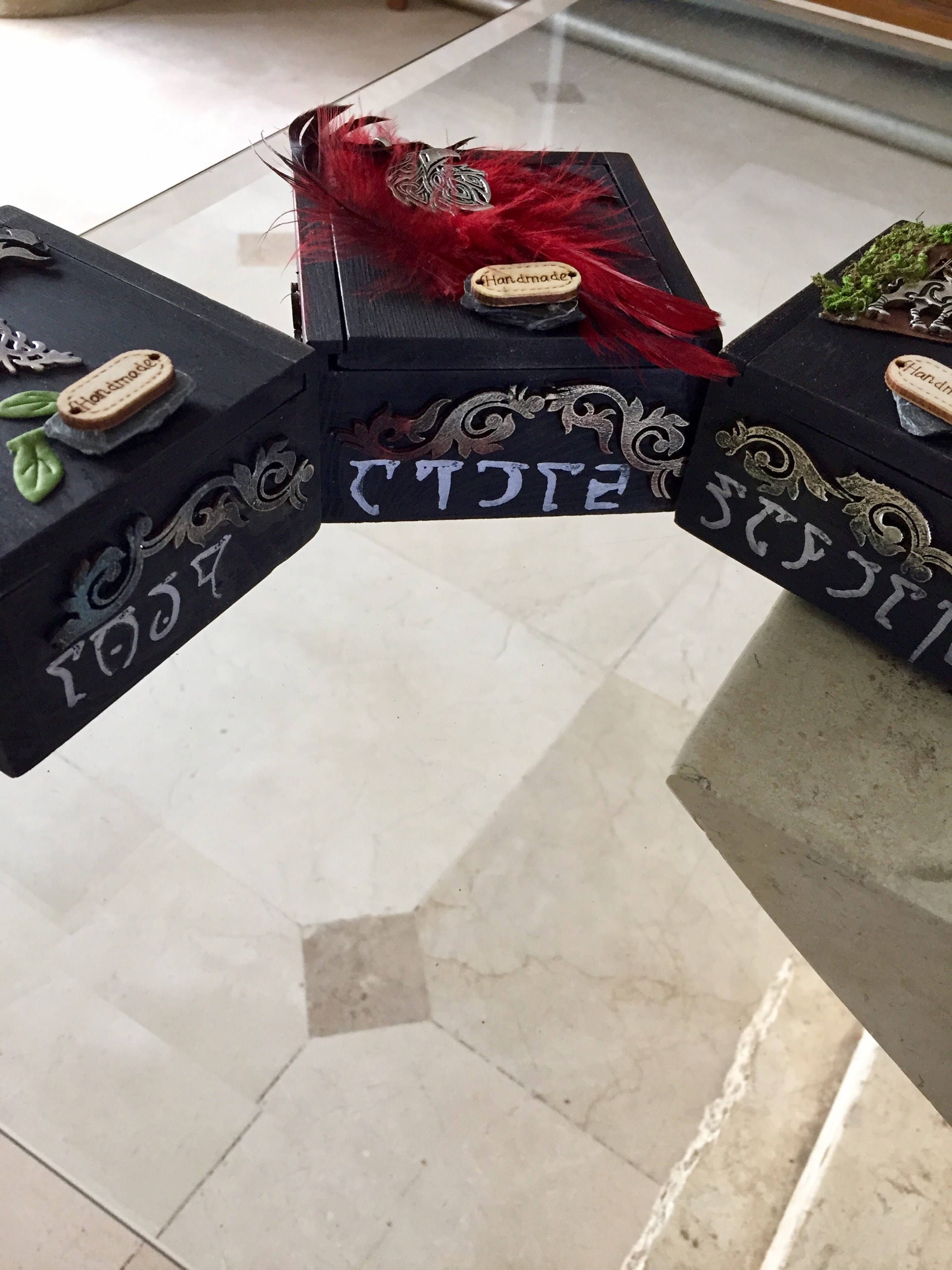 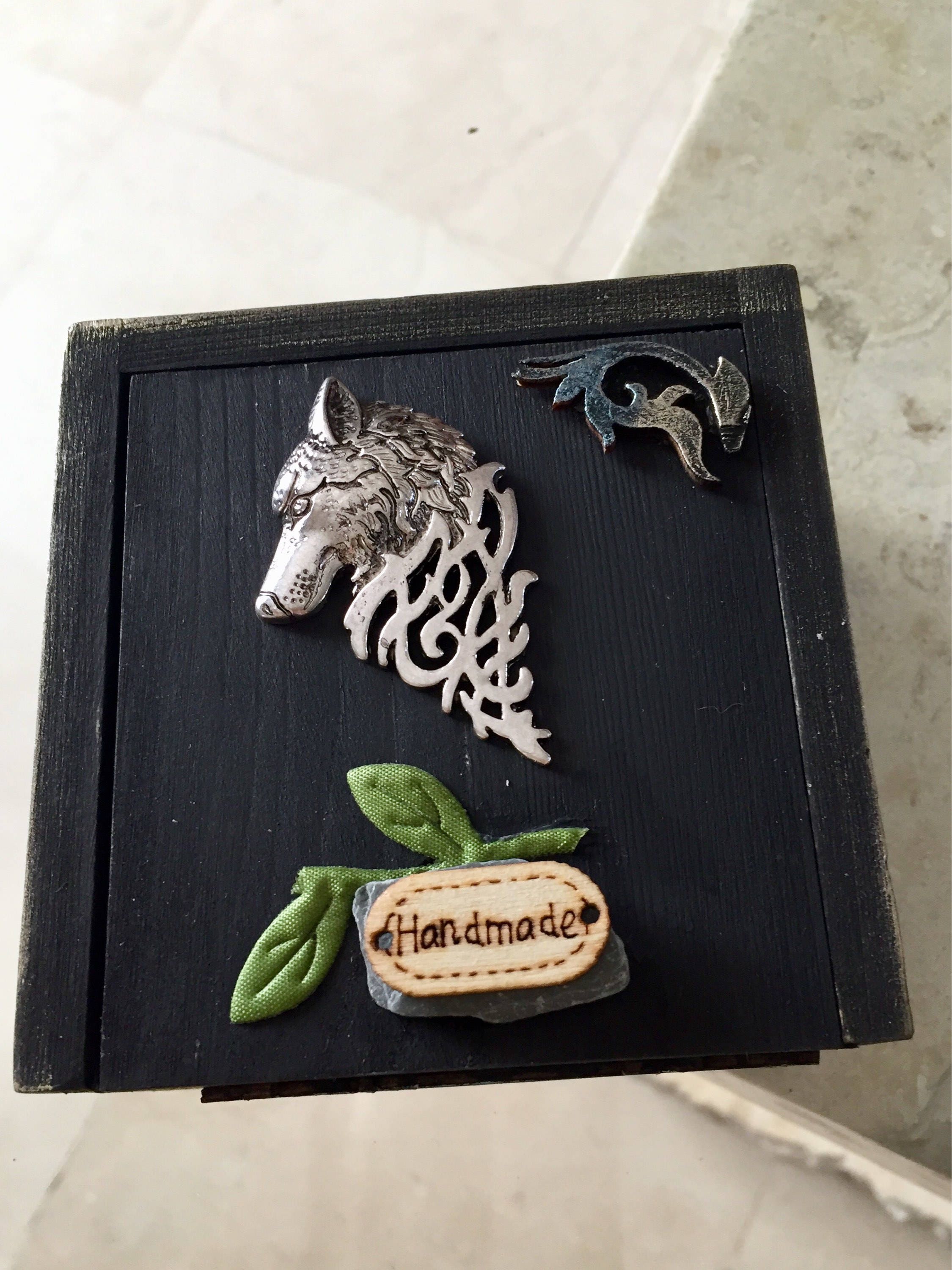 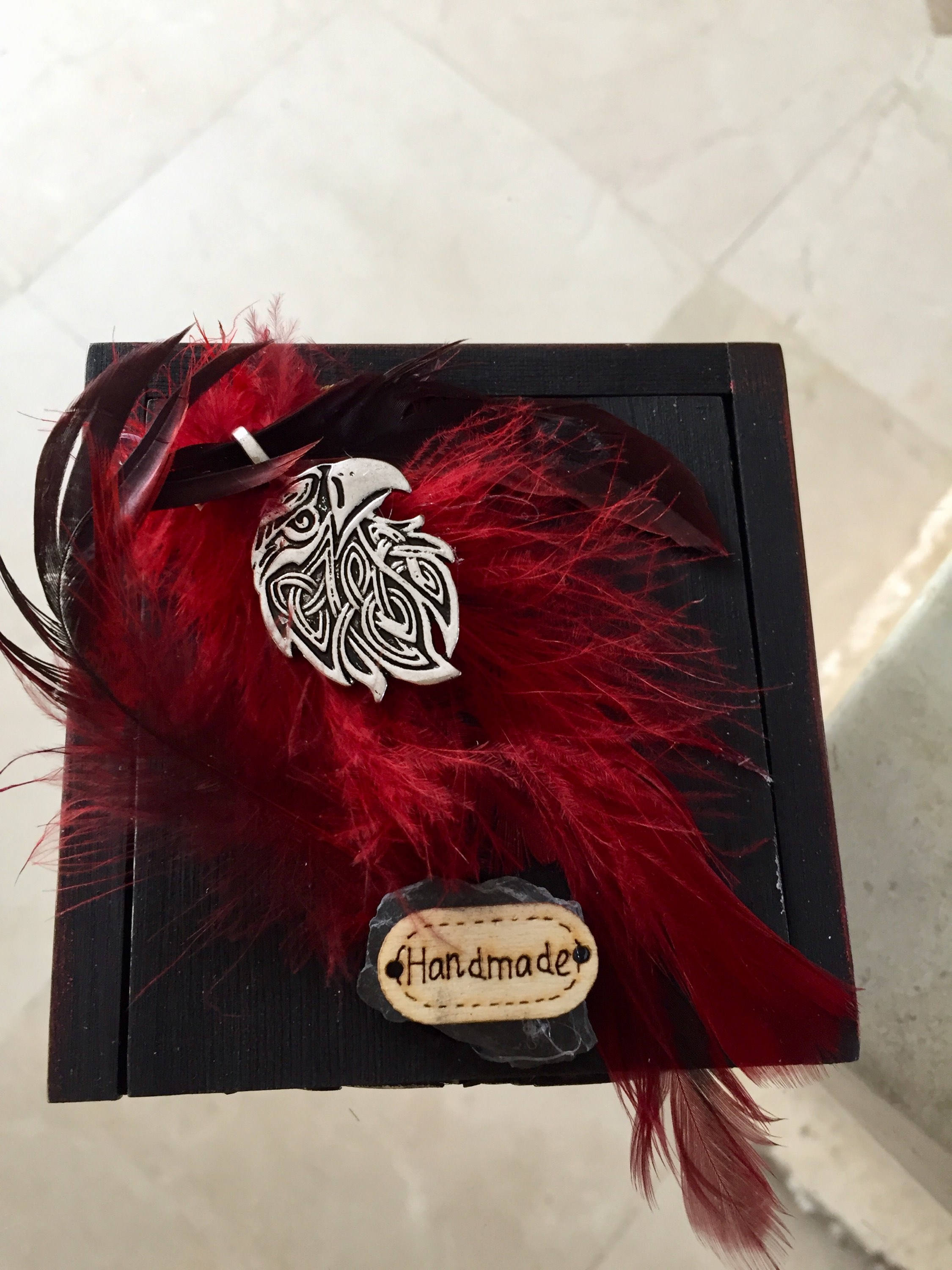 Pretty decorative box style Celtic painted black inside and out.

On the front of the box an inscription in runic letters of the word boar 🐗 pigs had special prestige among the Celts. For example, we know representations of the boar adorned Warrior signs, helmets and shields of the Celts. The flag of the war trumpet, the carnyx was usually the shape of a boar boar. We also know that since the bronze age, this animal defenses accompanied high characters in their burial. From the 4th century BCE, the boar is with horse and monsters, one of the major Celtic Zoomorphic fibulae. It is also available on coins from many Celtic peoples who spread British Isles in the Carpathian Mountains. Boar statuettes are known throughout the Celtic world, this is one wild quadruped which is often represented. But we say, is this boar or hog wild? It appears that the Celts were a breed of hog aggressive, high on legs and covered with a coarse mane which some because of their aggression, gladly were used as "guard dogs. Likely the two species (or breeds), were known and there is no doubt the hog, wild boar or / and other was a symbol of warrior strength but without being a symbol of the Warrior class, this is a distinction significant. Also, as we will see, beyond their symbolic Warrior pigs were particularly beneficial dimension in Celtic tradition.
Boar Word is written in silver tone alphabet and a piece of wood bonding works vintage Celtic style.

Simply clean with a Feather Duster is not water.