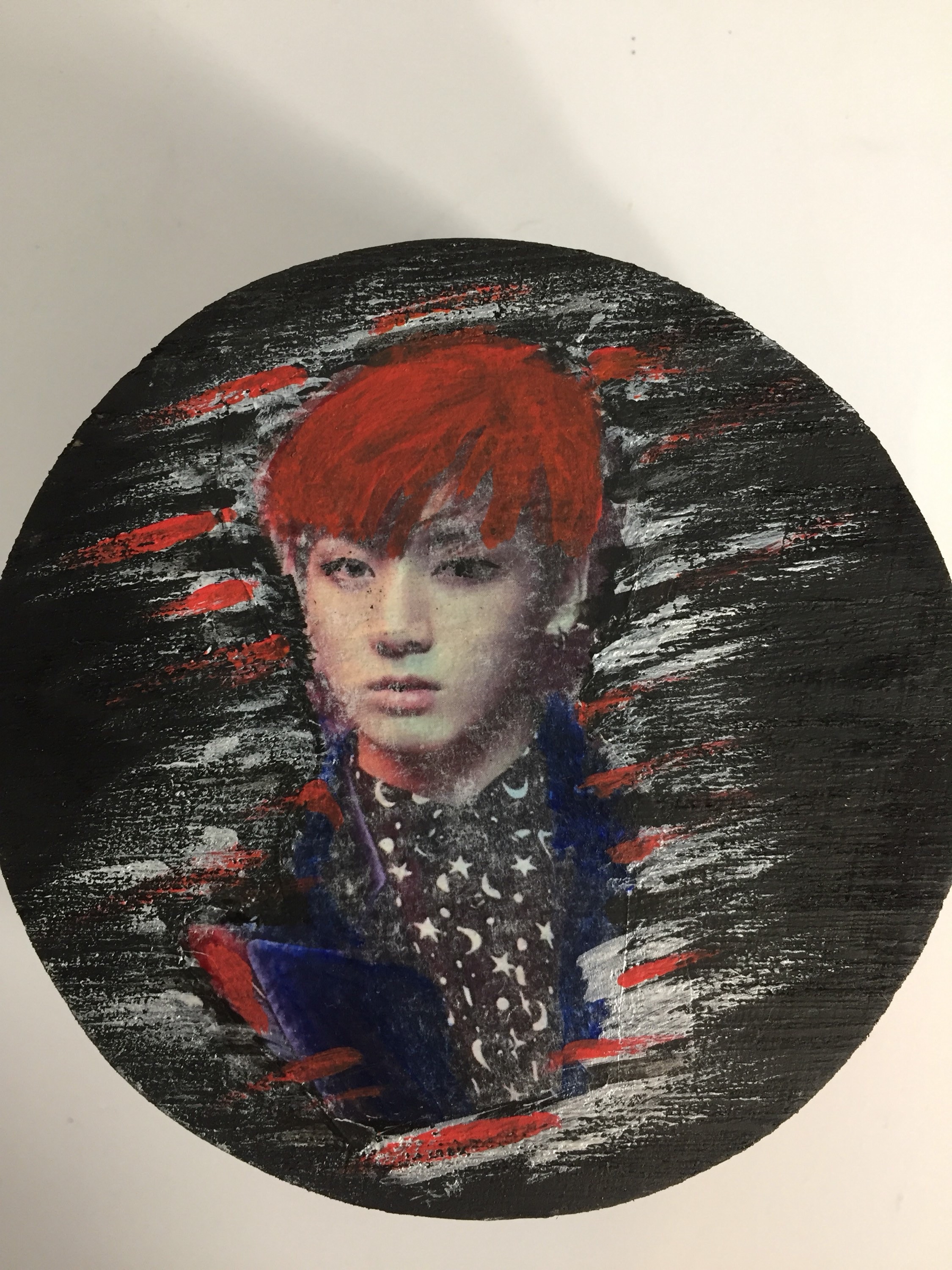 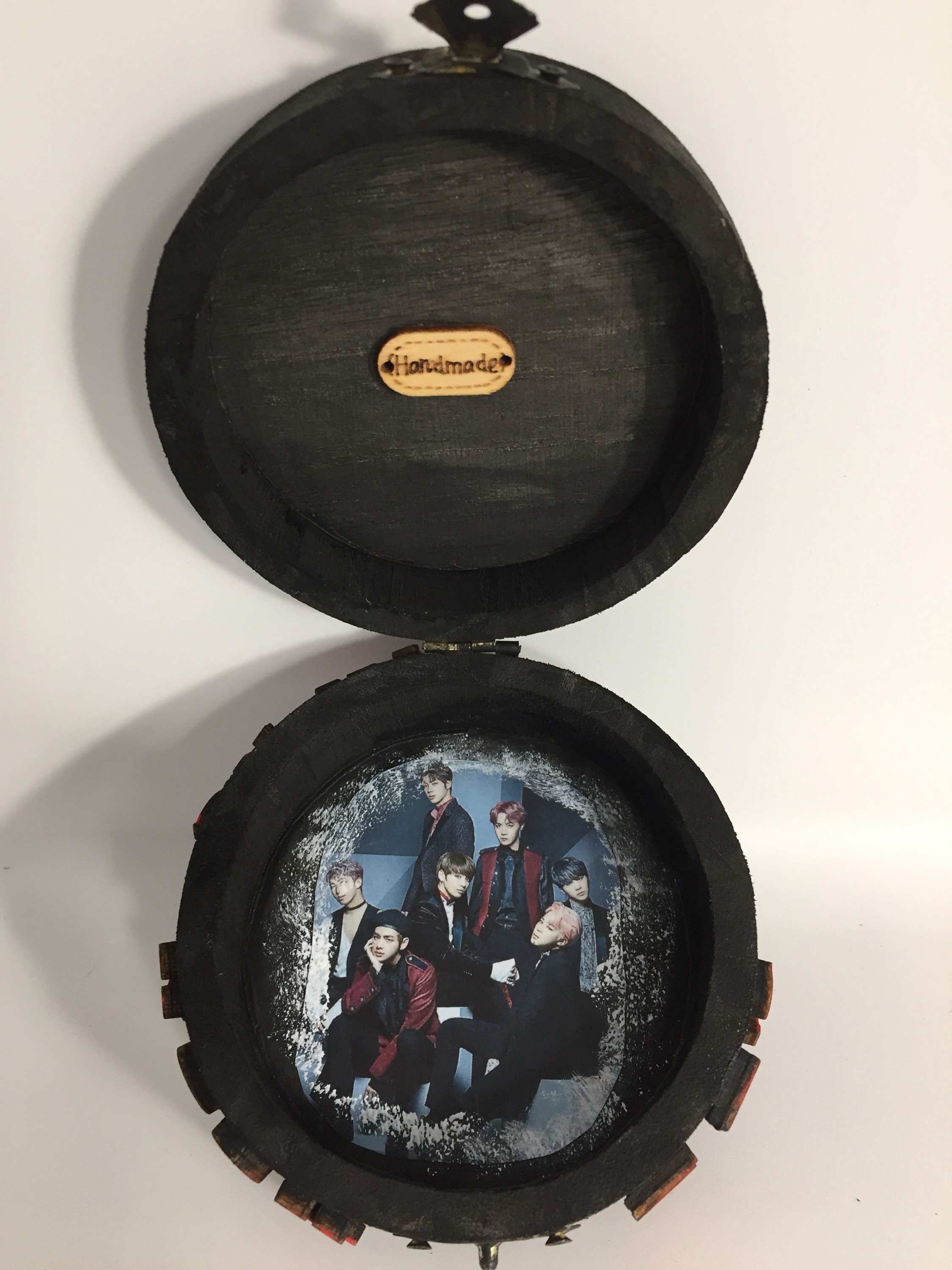 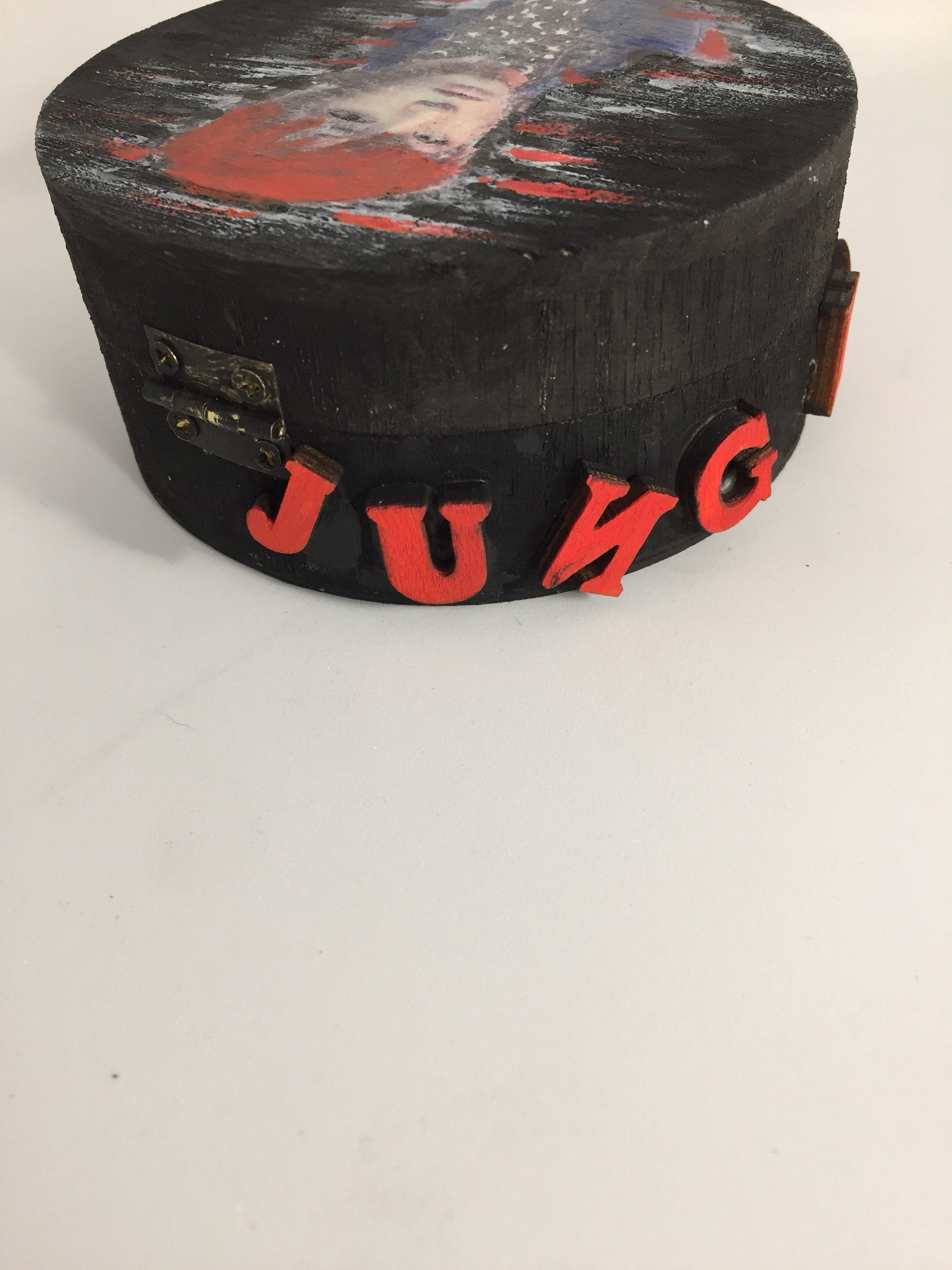 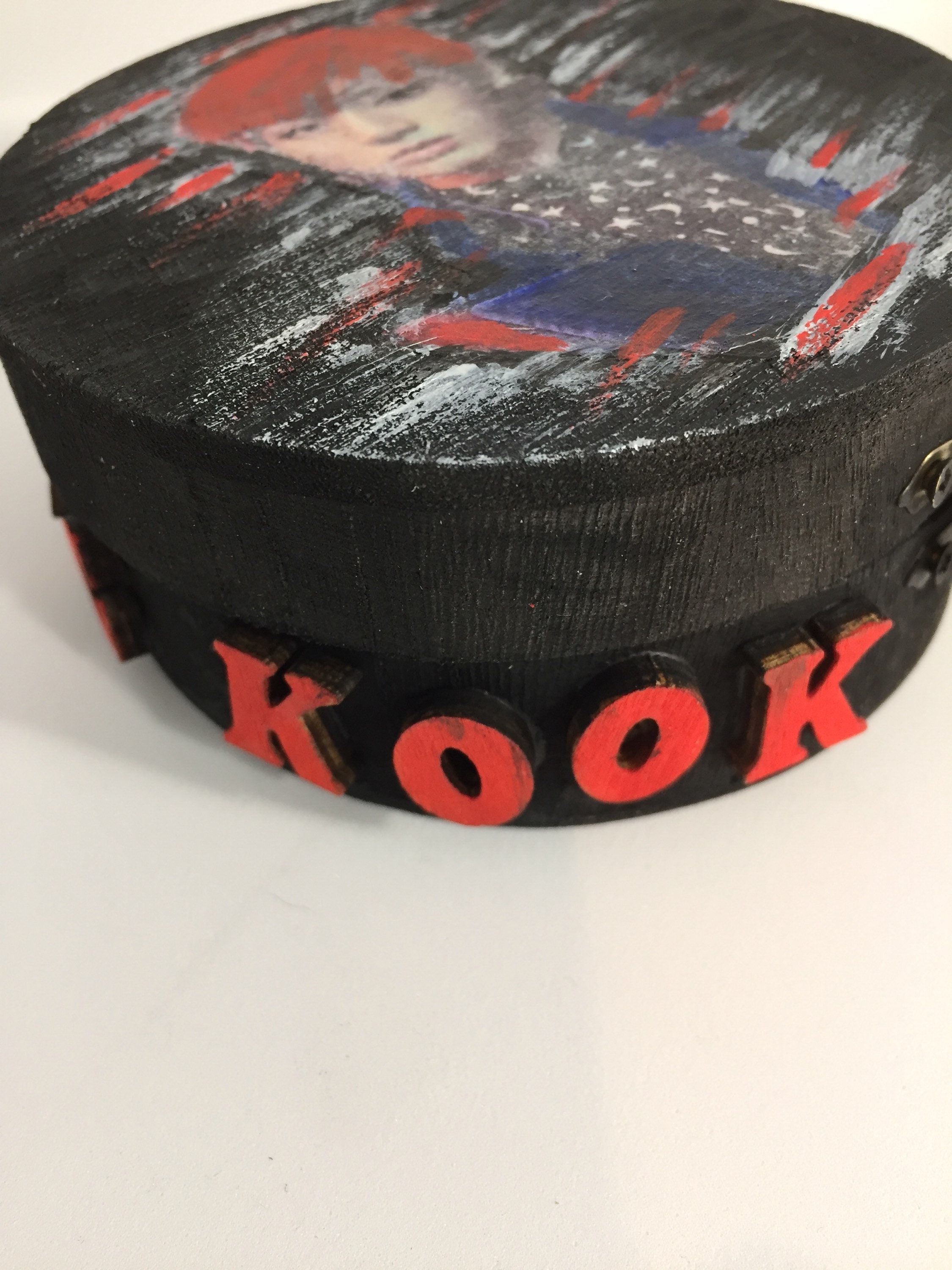 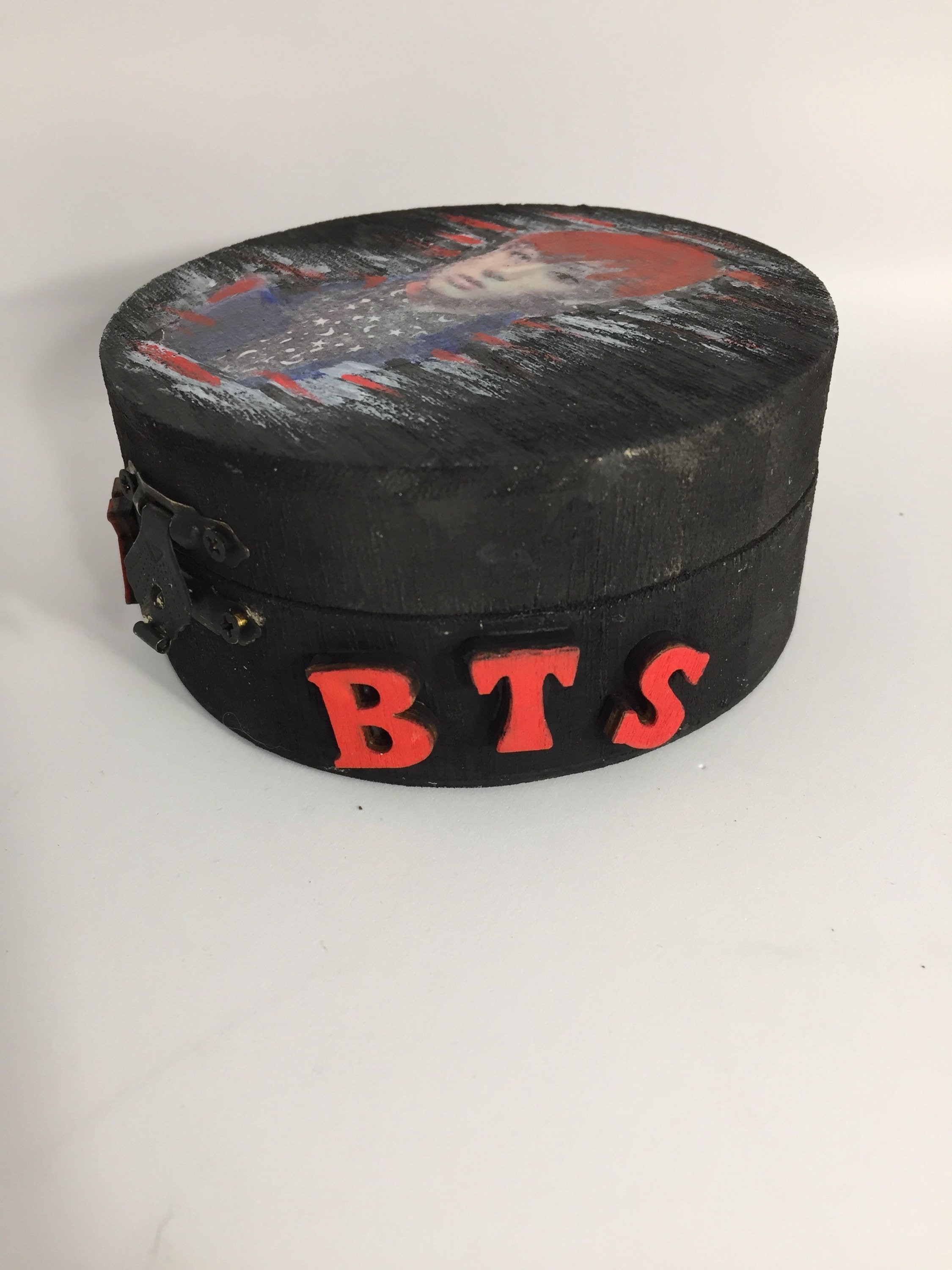 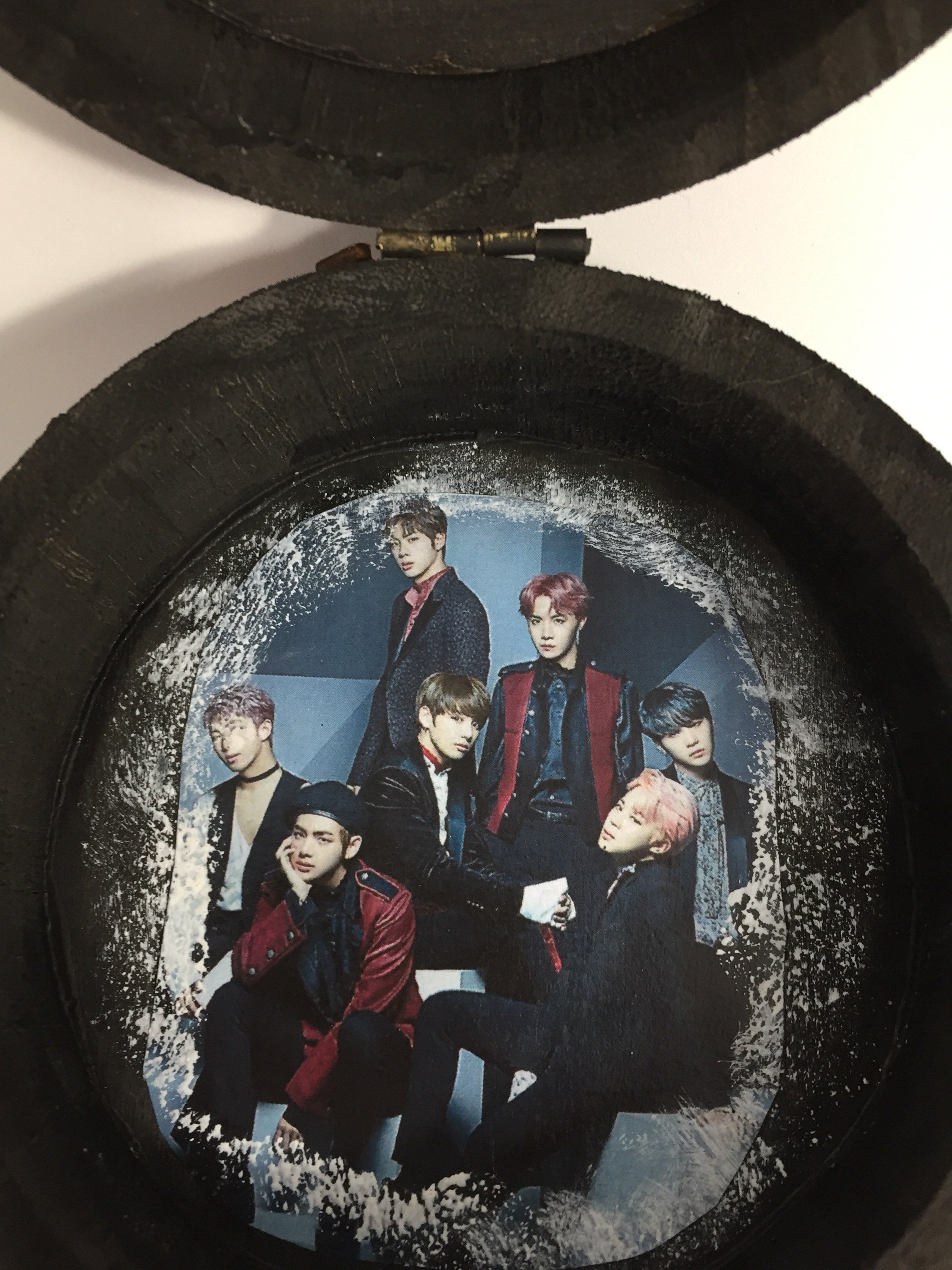 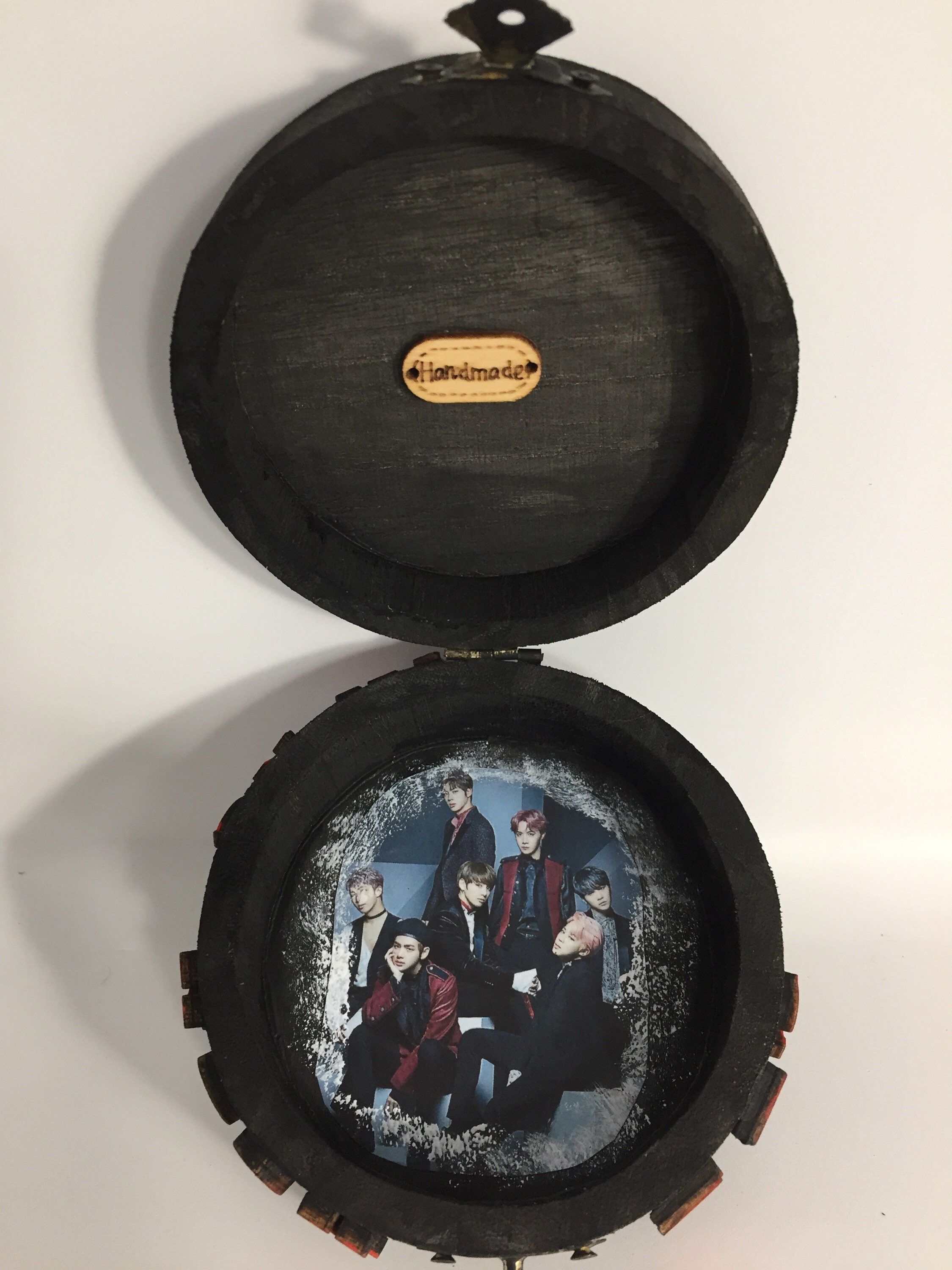 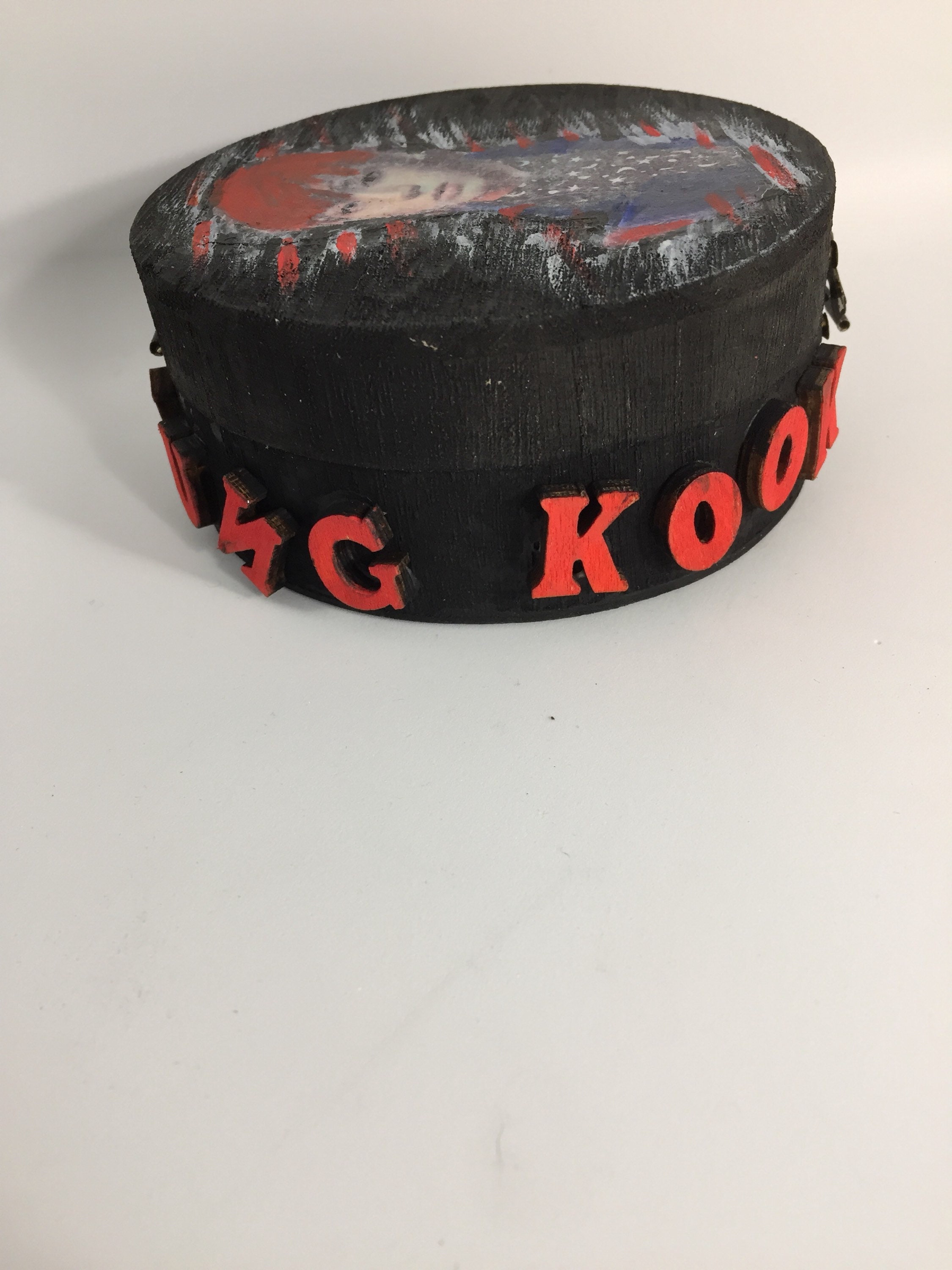 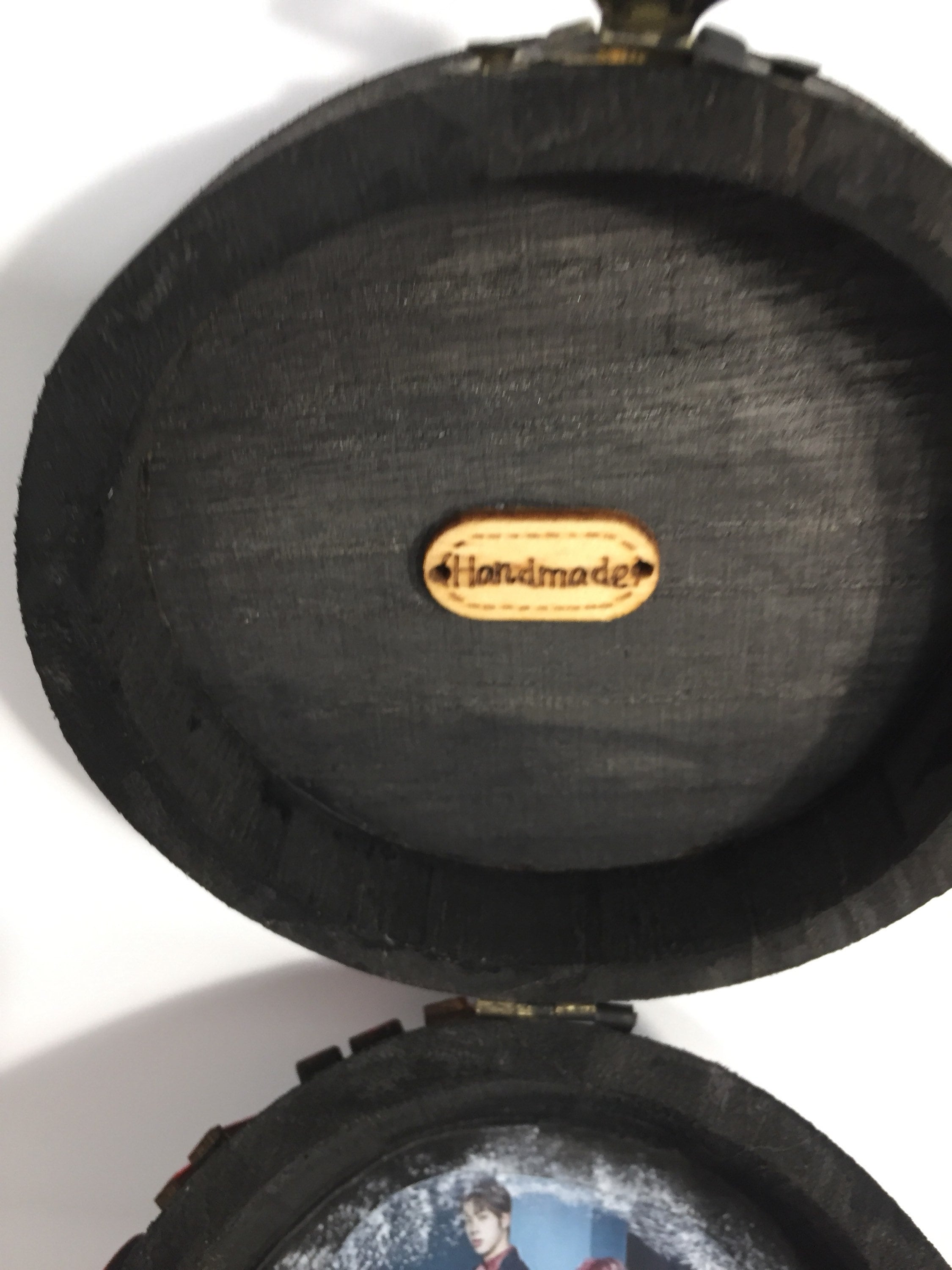 Here is a box on the theme of BTS, specifically on: Jeon Jungkook or better known by his stage name: Jungkook.
Jungkook is a singer-dancer-songwriter, but can also rap
He was born on 1st September 1997 Busan.
It is the Group maknae (the maknae's who's the cutest)
It is the youngest of the band it to 5 years with the older of the group.
His nicknames include: Cookie, Jungcookie and maknea of gold
A cartoon we do the BTS (the name of the cartoon is: BT21) Jungkook is represented part a pumpkin with the ends of the legs and the white inside of the ears off.
He did a lot of singer known as cover: 2U of Justin Bieber or We don't ' Don't Talk Anymore Charlie phut and Selena Gomez (for this cover he did with Jimin)
He loves drawing, dance it is also two instruments which is: the guitar and piano.

It was the biography on Jeon Jungkook ^^
This box like all other dedicated to the world of KPOP were painted by al inside and outside.
Cover a transferred photo artist del was made and painted to highlight details and the color side scene and the band name collages is glue and painted inside a group photo is glued or transferred and pei NT.
Pretty boxes to keep your memories or secrets